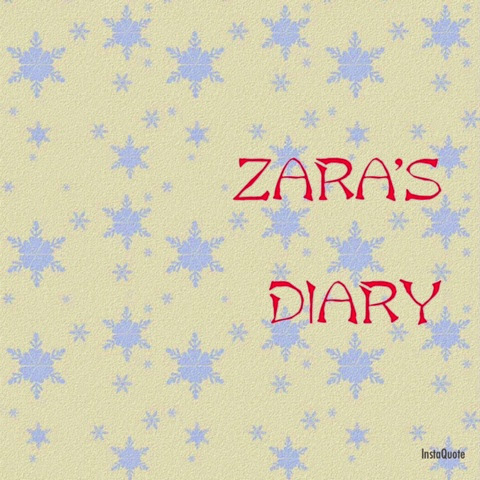 Continuation from http://cutiediamond.blogspot.com/2014/08/zaras-diary-1.html
Zara got added to HOX by Eunice. She barely said hi in the group before she heard her name called out in the office. Her boss needed her. For what?, she wondered, after all, he had loaded her desk with work fit for five people. Dropping her phone in her office drawer, she stood up and went to meet her boss.

He had a conference to attend in Vancouver the next week. So he delegated some more work to her. How she wished she was the one going to Vancouver. One good thing she liked about her boss though, he always gave money to anyone he felt he had assigned a bulk load of work to, he gave Zara 15,000 Naira. To some the money may have been small, but Zara appreciated it. It wasn’t part of her salary, plus she stayed alone in Jike town. Her parents lived in another state. So she had to fend for herself. It was a choice she made though. She could have been home with her parents, but she was an independent woman, at least that’s what she believed and living outside her family house always made her feel like a responsible adult. Zara thanked Oga Bode and then she returned to her desk.

She worked on the files she had for about 2 hours and then she picked her phone. Her battery was low. ‘Wow’ she thought, ‘I haven’t even been using the phone and the battery is low’. It was HOX the new group she joined. She didn’t believe a group as active as that existed. Zara took her BB charger and went to the break room. Now she had some minutes to spare. So she went to check what was so important in HOX that they had to be running down her battery.

‘Hello, HOX, my name is Zara’ she said in the group. Then came the pounce. It seems Fantasia, Kelechi, Bolade and some other Hox members were just waiting for her. ‘Welcome o’ Bolade said. ‘En he newbie we have been waiting for you ‘ said Fantasia. Kelechi said ‘welcome Zara, nice name, is that your real name or BBM name and though your name is cute, be warned this is your grilling session’. Zara got defensive and was like ‘what kind of group is this? Who are you people? Why do I need to be grilled?’. Eunice came to the ‘rescue’. ‘Zara, its nothing harmful just part of the usually routine around here, just take it easy with them’. Raven came out of no where, ‘Zara bia, welcome, lol please eh post your picture to the gallery so we can see your fine face’.

Zara posted her picture, returned to the chat room and started answering their routine questions. “What is your full name, how old are you? Are you in a relationship? Why did you join this group?” And the questions went on and on.

Femi had been busy the whole day and it wasn’t even 1PM yet. ‘Abeg jor if I die this work will still continue. Am I the only doctor in this hospital?’, he thought to himself. So he took a breather and went to HOX. Femi was tall and good to look at. At first glance you would call him a nerd but beyond the glasses was a man, ‘beautiful’ in many ways. There was a newbie in HOX and it was a lady. Excited, Femi scanned her profile and then he looked at her picture in the gallery. ‘She fits me’ he thought, ‘but hmm, we probably won’t have anything in common’.

Femi was a grilling super star in HOX, something about Zara made him weak though. Instead he came to her defense and told the HOX oldies to calm down. So Femi added Zara, privately hoping that one day, perhaps, in the not so distant future, he’d work up the nerve to chat with her. What he didn’t know was that other male HOX members had gone weak for Zara too.

‘Not so bad, for a BB group’ Zara thought to herself. ‘Let me return back to work jare, I’ll catch up with them after work’.

After work Zara, picked up belongings and got a cab home. When she got home she warmed her Egusi soup and made some Eba to go with it. She sat on the floor in her cute apartment and carried her phone to check all the social media she was signed up to and when she was done, to HOX she returned, giggling to herself, ‘I like this group’, she said. A feeling that would eventually change more times than she could imagine.